Jacksonville’s 903,889 population (2018) makes is the most populous city in Florida. Its metropolitan area reaches 1,523,615 dwellers. The city government consolidated with Duval County in 1968 creating the fourth largest metropolitan area in the state. As its population grows, its recreational and cultural facilities are only getting better. Jacksonville operates the largest and unique urban park system in the United States, providing facilities and services at more than 337 locations on more than 80,000 acres (320 km2) located throughout the city.

The warm weather and abundant sunshine make the vibrant city boom. Jacksonville has a humid subtropical climate, with hot humid summers, and warm to mild and drier winters. 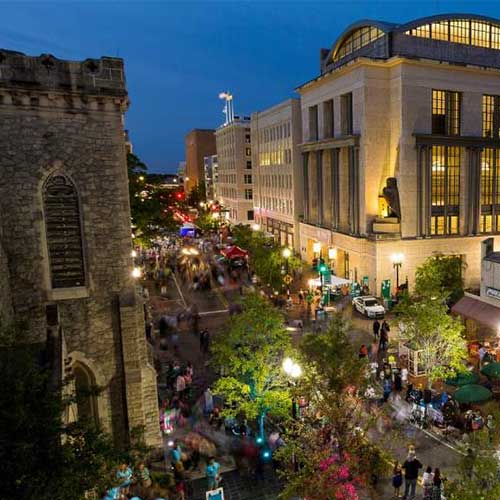 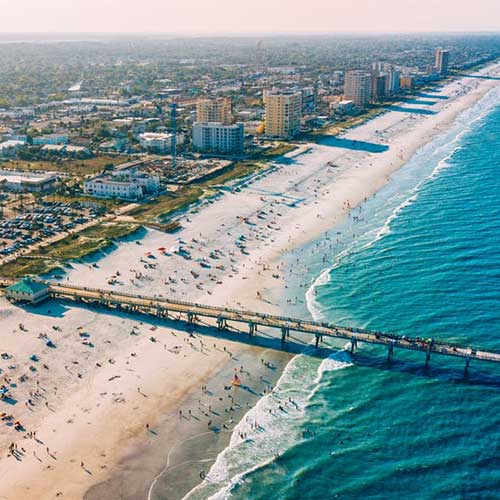 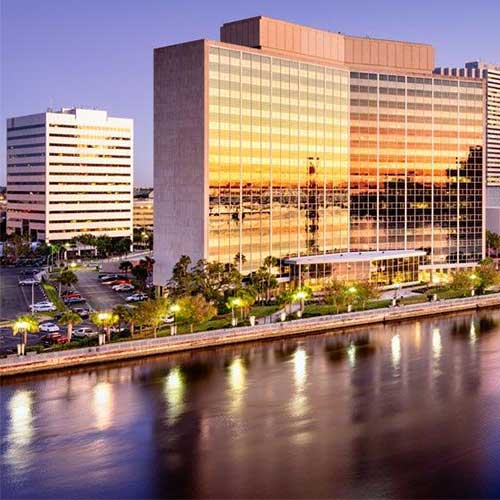 Jacksonville is among the top U.S. destinations for jobs and fastest growing cities, and there is a good reason for it. Actually, multiple reasons. Being located on the St. Johns River and the Atlantic Ocean gave a huge impetus to the growth of the city and its industry. The area’s economy is diversified and thus provides jobs in distribution, financial services, biomedical technology, consumer goods, information services, manufacturing, insurance, and other industries. Thus, it attracts thousands of people who regularly relocate from other areas, states, or even across the ocean. Best Price Moving Quotes has vast experience and a long record of successful relocations of any kind, whether private or business.

Together with the nearby Naval Submarine Base Kings Bay, Jacksonville is the third-largest naval complex in the country. Jacksonville hosts three US naval facilities. Naval Air Station Jacksonville, located SW of downtown, employs more than 25,000 people.

Jacksonville-based universities attract another type of in-city migration. The public University of North Florida (UNF), private Jacksonville University (JU), private historically black Edward Waters College, and Florida State College at Jacksonville offer diverse programs in multiple fields. The latter, sometimes referred to as “Florida State,” is one of Florida’s premier public institutions of higher learning and is a member of the Florida College System. In addition to its campus in Jacksonville the university has three other physical locations that together server over 81,000 students. If you are one of the prospective students, we do not envy you with the number of arrangements you have to make for the studies and relocation. We know how stressful this step can be for a young person and their parents. Best Price Moving Quotes wants to ease your move and can take all the processes related to bringing your furniture and personal items off your shoulders.

Jacksonville is a rail, air, and highway focal point and a busy port of entry, with Jacksonville International Airport, ship repair yards and extensive freight-handling facilities. Lumber, phosphate, paper, cigars and wood pulp are the principal exports; automobiles and coffee are among imports. The city also hosts more than a dozen sizeable storage facilities with Atlantic and Life Storage branches being the most widespread. Best Price Moving Quotes can help you move any cargos for temporary storage or offer on-site delivery.

Moving to, from, or within Jacksonville contact Best Miami Movers. We can relieve you of any associated stress and take care of the moving task despite the odds. We provide:
a comprehensive approach to estimation and planning that prevents misspending and undesirable rush;
affordable pricing on moving consumables and help of qualified packers;
full-equipped freight vehicle fleet for transporting loads of any volume;
wide range of specialty services: furniture reassembly, piano moving, etc.