Nicknamed “World’s Whitest Beaches,” Pensacola (Escambia county), attracts by its sands, annual festivals, events, historic tours, and landmarks. If it stole your heart too, Best Price Moving Quotes will make moving to Pensacola enjoyable with the help of our skilled and experienced staff.

Cityscape and Work in Pensacola

The Pensacola Metropolitan Area has around 494,883 residents, of which 52,713 are based in the principal city – Pensacola. It is a larger medium-sized coastal city with 62 neighborhoods. White-collar jobs account for 86.15% of the workforce (well above the national average), and the per capita income is $27,497. Pensacola is full of young professionals in their 20s and 30s, in fact, as many as 39% of the population have university degrees. Pensacola has more people working in the IT sector than 95% of the US. This makes Pensacola a pretty good place for young, educated career starters looking to find many people like themselves, with good opportunities for socializing. Being a young professional means being under constant pressure striving to the top. We acknowledge that and want to help you start your dream career not having to worry about the move itself. Best Price Moving Quotes will carefully pack your belongings and unpack them untouched at the destination, you will not even notice. 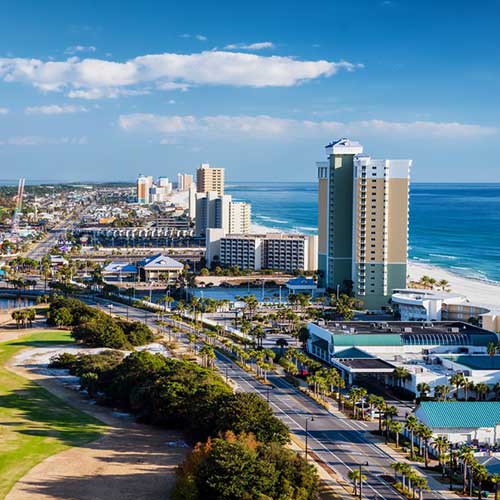 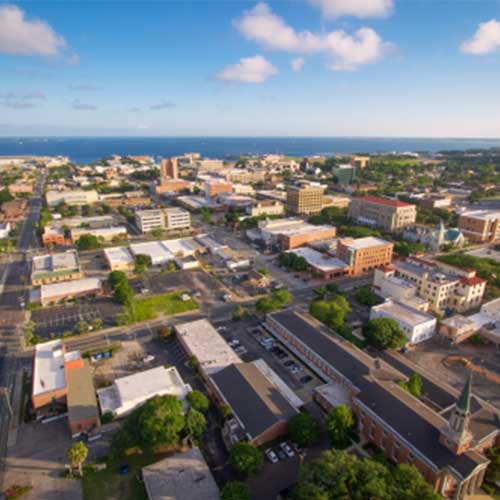 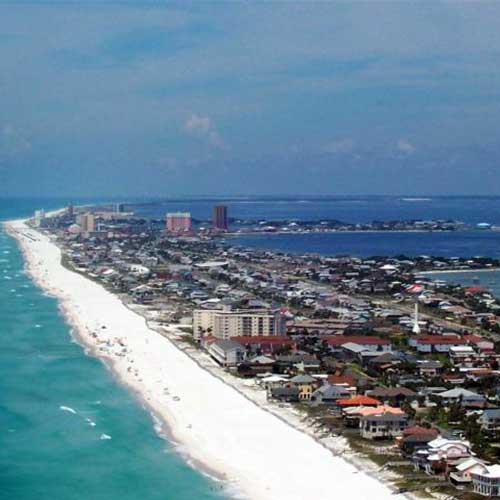 Pensacola gets around 224 sunny days per year. The average yearly low temperature is 59.2 °F, high temperature is 76.6 °F. October, April, and November are the most pleasant months in Pensacola, while July and August are the least comfortable. At the same time, the area is vulnerable to hurricanes. Knowing this, Best Price Moving Quotes encourages you not to worry. We want to relieve our valued clients of burden and will take care of the problem of disposal if anything happens. Just inform our manager about the nature of your garbage and its quantity.

Pensacola region has boasted one of the best business climates in the Southeast for centuries. The economy is stable in the Pensacola Bay Area while doing business is low-cost. Major industries are aerospace and defense, cybersecurity, advanced manufacturing, and professional services. Pensacola is abreast of time and hosts a cohort of economic development organizations — business incubators, co-working spaces, growth, thus it is named the 17th best city to start a small business. The Florida Small Business Development Center at the University of West Florida, a government-funded organization, encourages starting businesses through consulting, training, financial planning, and other professional services at no cost.

The top 10 employers in the city are the following:

The University of West Florida (UWF, the largest post-secondary institution in the area) and the State College attract many students. UWF operates the largest library in the region, the John C. Pace Library, which is a great place for researchers. Why would academia people not want to move to a city with so many career opportunities for young people and rich cultural life?

Nicknamed “The City of Five Flags” due to having been ruled by the five governments over the time: the flags of Spain (Castile), France, Great Britain, the Confederate States of America, and the United States of America, Pensacola has many historic landmarks and a vibe of cultural diversity.

It is home to a number of annual festivals, events, and historic tours. The Great Gulfcoast Arts Festival draws more than 200 artists from all over the world. There are a number of performance venues in the Pensacola Area, including the Pensacola Bay Center for big-ticket events. You can go on several walking tours of 18th-century-era neighborhoods. The historical military sites include Vietnam Veterans’ Wall South, Fort Barrancas, Fort Pickens, the National Naval Aviation Museum, and Pensacola Lighthouse. Naval Air Station Pensacola (NASP) was the first Naval Air Station commissioned by the U.S. Navy in 1914. Tens of thousands received their training there, including John H. Glenn (the first American to orbit the earth in 1962) and Neil Armstrong (the first man on the moon in 1969).

If you made a decision that this diverse and culturally rich evolving city is your final destination, Best Price Moving Quotes is happy to assist with your relocation. Wherever you are, whenever you want it done, just pick up your phone or open an email to contact us. We will make it all smooth and sweet, caring both for your peace of mind and the safety of your belongings.